Completion of the project ‘Certifying Assessors and Judges in Floristry’

When the Leonardo da Vinci partnership started two years ago on its mission of the development and implementation of an education and certification system for assessors at a proof of ability in colleges and judges in competitions of floristry design, we knew that the level of ambition was quit high. At the end of this project it may be concluded that the mission was successful. Two elements need to be mentioned as being crucial for this success:

The combination of these two factors firstly didn’t make things easier: people like these have their own convictions and stubbornness as well, which leaded to discussions really going into the deep and recurring various times in successive meetings. The strong commitment to the aims in the end always was a decisive factor in finding outcomes all delegates jointly accepted: results always were very sound and elaborated as a result of these deep discussions and endless comparing points of view and possible solutions. It may be concluded that the accreditation / certification system for assessors in school settings and judges in floristry design, including all the instruments designed to put the system in practice, has proven its effectiveness and functionality in 5 different realistic pilot settings. It has a very good perspective of being accepted in “the market” and to become a standard in assessing and judging floristry work not only in Europe but also in other parts of the world.

On application stage the aims of the project were:

During the project there were different events / happenings 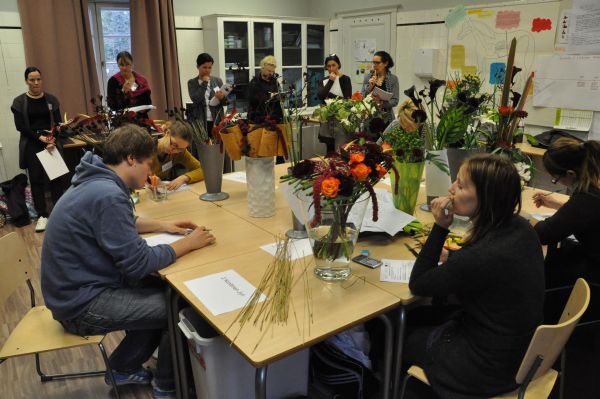 The partnership started describing a competence profile:
a competent assessor at a proof of ability in colleges or at national exams  resp. (inter)national professional judge floristry design is a practical flower arranger who develops him/herself continuously, possesses specific competences related to assessing and judging and from this background is able to analyse, value and commentate flower arrangements in competition and educational settings.
A professional judge / assessor is: a practising florist or a floristry teacher (with the right background and still sufficiently involved in floristry practice) with the right attitudes and the capability / competences to analyse, value and commentate.

The partnership developed an extremely sophisticated format for a national assessment for candidates who want to become certified judges or assessors in floristry design. This format will be recognised by FLORINT as well as by FLORNET. The “Judges Certification System” covers two assessment areas:

The format of the assessment procedure in the framework of the (inter)national Judges Certification to become an assessor / judge in floristry design is a guideline and blueprint for an assessment on national level System and describes in all details the minimum requirements and the best way to do things. National florist associations should and can add elements to the format that are related to their own regulations or ways to cope with judges quality; for instance the obligation to have taken part in competitions or not. This may however never lead to a lower quality of the assessment procedure respectively a lower quality of the certified judges (the learning output).

These assessments on national level can only be executed by National associations in floristry or comparable national body’s concerned with floristry who have concluded a license agreement with FLORINT and by doing so have acquired the particular rights. Apart from all background information and working documents available in all the annexes of this document, this format aims at giving all the practical information needed to execute such an assessment; information how the process needs to be shaped as well as regards persons, rooms and other facilities needed and so on.

The conclusion can be drawn that the project’s goals have been reached and a thorough basis has been created for the implementation of a sound and sophisticated system for assessors / judges accreditation throughout Europe and beyond, which will bring judging in competitions as well as assessments of a proof of ability / national exams in schools on a higher level, create more transparency regards judging competences and will give a huge stimulus to the exchange of knowledge and information regards the craft of judging throughout Europe and even other parts of the world.

The project’s outcome is

The project partners are fully aware of the fact that they have just started on a path that will take quite some more years in order to achieve the implementation of the accreditation system in not only their own (5) countries but also the other FLORNET and FLORINT member countries and many other that already have shown interest. This was felt by all as an important mission, which will be secured by the involvement of all partner delegates of the actual project since the involvement in the development process of this system implicates that as yet this is the group of experts with full understanding of how this system works and should be implemented. 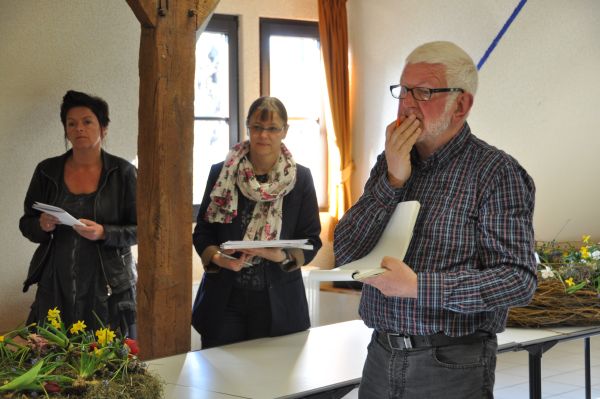 Therefore the following steps are defined:

The timeframe for the following steps is planned as follows 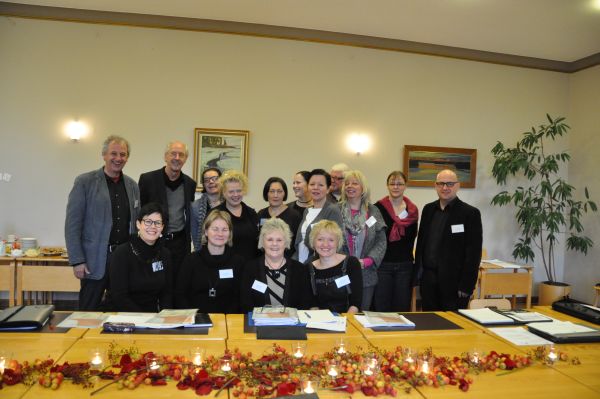